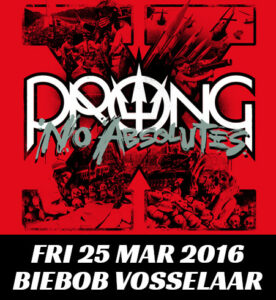 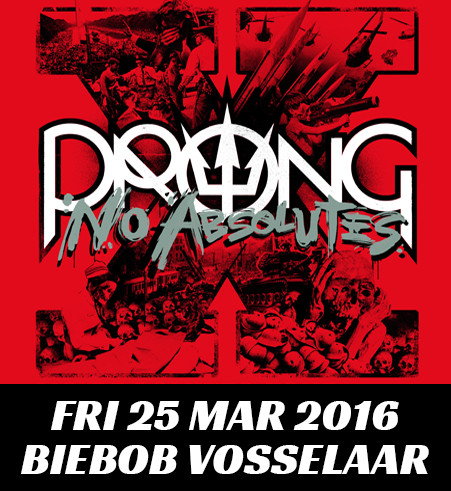 On March 25 Prong will be ready to snap their fingers and break your neck at Biebob Vosselaar! Since being formed in 1986, Prong has been one of the pioneers in the groove and industrial metalscene and have been cited as a huge influence for bands like Korn and Nine Inch Nails. Throughout the years Prong’s line-up has changed quite a bit, with Tommy Victor being the only constant.

Until now the band have released 10 studio albums, including the classics “Beg To Differ” and “Cleansing” and in 2016 the band will release their 11th record “X (No Absolutes)”. So no doubt that their set at Biebob will be filled with new Prong material, mixed with some classics!