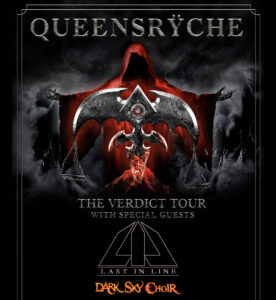 On December 8th, legendary progressive hardrockers Queensrÿche are coming to Trix, Antwerp! Rising to fame with their classic records Operation Mindcrime and Empire the US based band made a name for itself worldwide, countless shows and more than 20 million records later the band is still on top of their game with former Crimson Glory vocalist Todd La Torre, who replaced Geoff Tate, at the helm. Earlier this year Queensrÿche released their 15th album “The Verdict”, which they will present to the Belgian fans at Trix on December 8th!