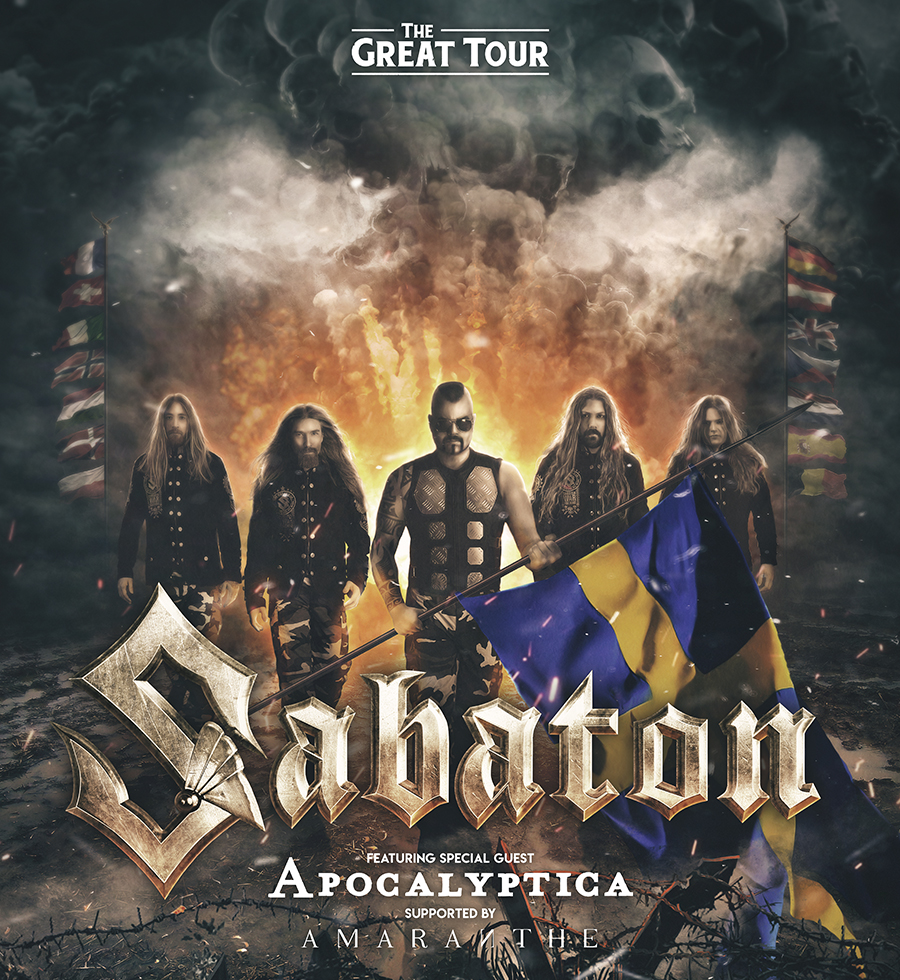 After rolling over the fields of Graspop Metal Meeting, Sabaton is coming back to Sportpaleis in Antwerp on February 2nd to present their new album “The Great War”, a concept  album about World War One which comes out on 19 July.  Ever since their first release, “Primo Victoria”, in 2005 the Swedes have been making quite a name for themselves with their war-themed power metal and high energy shows. Any one who’s seen Sabaton in the past knows what to expect: a visual and high energy metal show! Expect nothing less at Sportpaleis on 2 February!