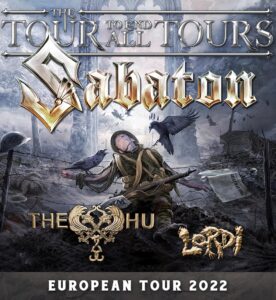 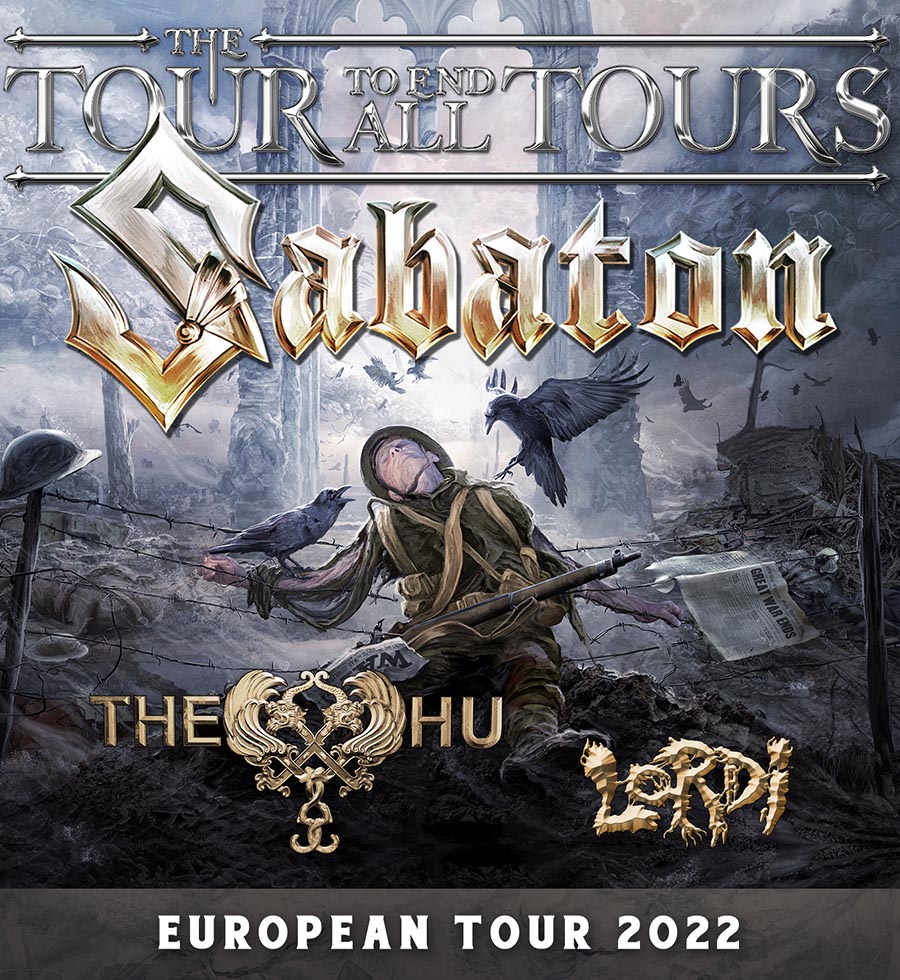 Last year has been a challenging yet menacing one for bands all over the world: It has been a time of insecurity, worries and the fear of never being able to return to the status quo of touring. But, Sabaton never was a band to fall that easily due to difficult circumstances. Instead of giving up on their visions and ambitions, the Swedish metal batallion forged their monumental tour plans to present to their fans today: A tour that makes the hearts of fans beat faster. If you close your eyes and listen carefully, you can already hear the sound of roaring guitars like thunder above a battlefield. You can catch the epic melodies like victorious anthems after a deserved victory and you can feel the tension of an approaching sensation: “The Tour To End All Tours”.

On 24 March 2022 Sabaton is coming to Sportpaleis, Antwerp to bring their ground-breaking modern metal to the people and deliver a breathtaking live show in a setting that will once again set new bars for concerts of this kind. Sabaton will be supported by Mongolian rock band The Hu and Finnish heavy metal veterans Lordi.

“We have all been waiting for far too long for this… And we are more ready than ever. By the time we start this tour we will have a whole treasure chest of new songs to play along with a lot of other surprises. You do not want to miss The Tour to End All Tours.”