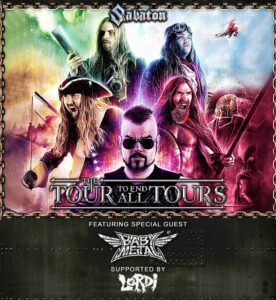 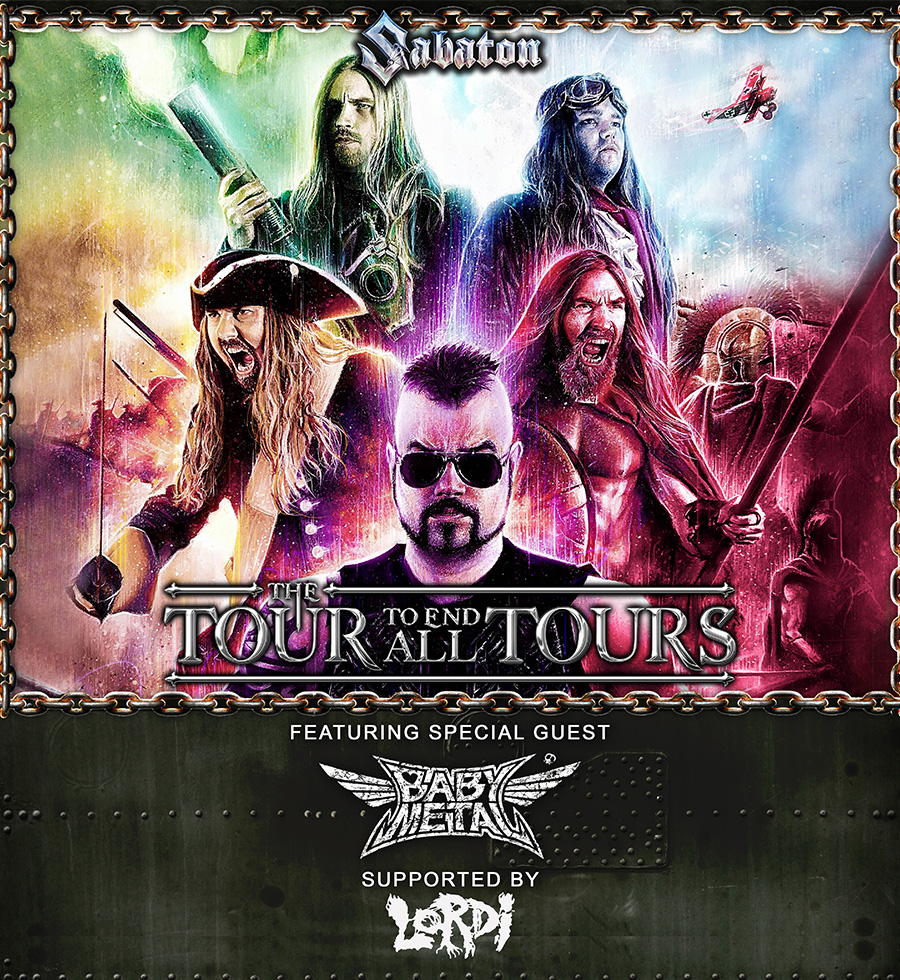 Following the release of their tenth studio album “The War To End All Wars”, Sabaton come up with a huge announcement today: Spring 2023 will see the band touring across Europe on the eagerly awaited re-scheduled tour: “The Tour To End All Tours”. This will include a stop at Sportpaleis, Antwerpen on 13 May 2023. All previously bought tickets will remain valid.

The band just released their last album, “The War To End All Wars” on March 4th. The second concept album of Sabaton about The First World War features stories, miracles and atrocities of one of the darkest  episodes of modern history – marrying these true tales to loud, bruising, bone tingling heavy metal.

Special guests that night are BABYMETAL and openers are Finnish monsters, Lordi!