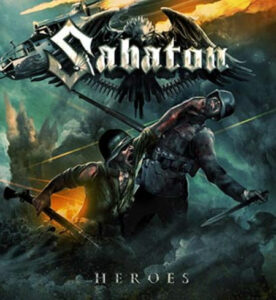 Sabaton has been marching into battle since 1999 with bombastic Power Metal full of catchy sing-along choruses, epic moments and lyrics mainly referring to World War I and II. In 2007 they made their first appearance at Graspop Metal Meeting in the Marquee and now, 7 years later, they’ve made it to headliner of the Mainstage! And deservedly, because Sabaton really turned the show into something special. A great setlist with both old classics and new material from their last album Heroes, fireworks aplenty and an actual Swedish buffet on stage, in honour of Midsummer, which Sabaton preferred celebrating on Graspop. In this way, the Belgian fans learned that, when you throw a My Little Pony on stage, you get a smelly smoked herring in return. Those who want more Sabaton, are in luck: on 13 February 2015, Sabaton’s coming to the Lotto Arena for a marvellous show that will set Belgium on fire yet again!