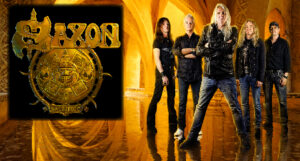 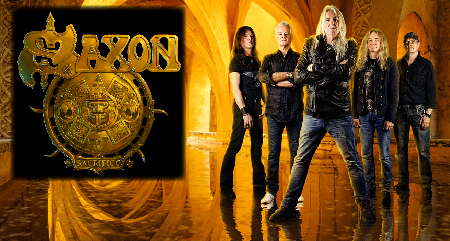 Saxon was formed in 1977 by vocalist Peter “Biff” Byford, guitarists Graham Oliver & Paul Quinn, bassist Steve Dawson and drummer Pete Gill. They started out as “Son of a Bitch”, but eventually switched to Saxon. In 1979 they released their self-titled debut and went on tour as support act for Motörhead & Nazareth. A year later their breakthrough album “Wheels of Steel” followed.

Anno 2014 another eighteen studio albums have been released and the band has announced Warriors of The Road, a tour throughout Europe in celebration of their 35th anniversary. Come down to TRIX on November 5 for a set list “35 years in the making”. Saxon will be joined by Skid Row & Halcyon Way.