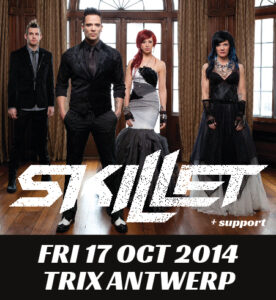 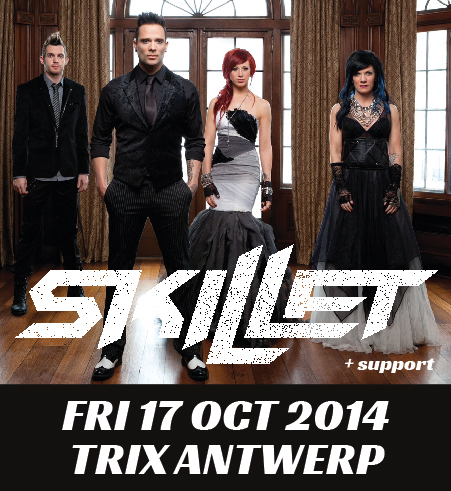 Back in 1996 Christian rock band Skillet was formed by lead singer and bassist John Cooper, guitarist Ken Steorts & drummer Trey McClurkin. That same year they debuted with a self-titled LP. In 1998 & 2000 they released “Hey You, I Love Your Soul” and “Invincible” respectively. A year later the band went through a line-up change as Korey Cooper (guitar & keyboards), Ben Kasica (guitar) and Lori Peters (drums) joined. They also launched their album “Alien Youth” that year. In 2003 Collide, their best-selling album to date, came out. Since then they’ve released another three albums, Rise being their latest installment.

Skillet left quite an impression at Graspop Metal Meeting 2014 and this fall they’re coming back for more. Catch them at TRIX on Friday October 17.