Sleeping With Sirens / Pierce The Veil 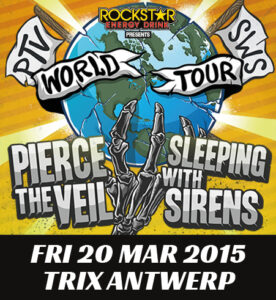 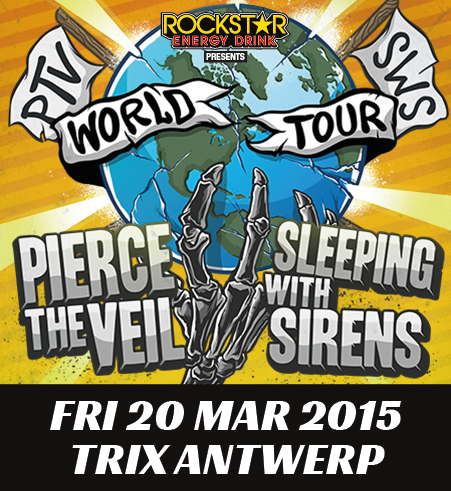 Sleeping with Sirens was formed in 2009 in Orlando, Florida by members of For All We Know, Broadway, and Paddock Park. Since their inception the band has released three full-length albums and an acoustic EP.

Brothers Vic and Mike Fuentes founded San Diego post-hardcore outfit Pierce The Veil in 2007 after the disbandment of the band Before Today. Since their debut album, A Flair for the Dramatic was released in 2007 Pierce the Veil has released 2 more albums and has toured the world several times. Their fourth record is set to be released in early 2015 and no doubt that we’ll hear some new tunes during their upcoming world tour.

Now both bands are teaming up for a world tour, which will also stop at Trix on March 20.