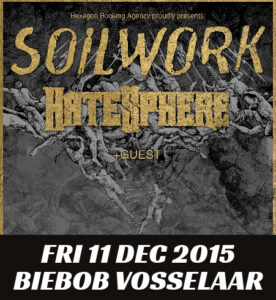 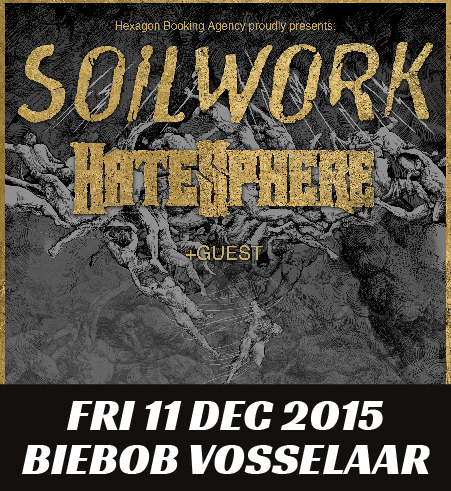 Swedish metal sextet Soilwork started back in 1995 under the name Inferiour Breed. The band changed their name in late 1996 to Soilwork and began working on a demo “In Dreams We Fall into the Eternal Lake”. This led to a record deal with Listenable Records.

In 1998 they recorded their debut album “Steelbath Suicide” and went out on tour with Darkane, Naglfar and Krisiun in promotion of their album. Two year later their second record “The Chainheart Machine” followed. Not only did the album get good critiques, it also led to a new recording contract with Nuclear Blast. Predator’s Portrait appeared a year later and from then on the band kept up the momentum yearly with Natural Born Chaos and Figure Number Five.

Anno 2015 they have added another three albums to their repertoire and a new one will follow this year. Furthermore, the band is going out on tour and will drop by Biebob on December 11.