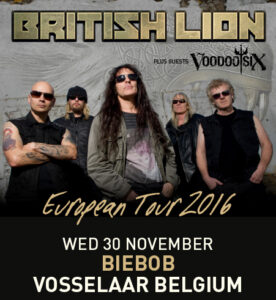 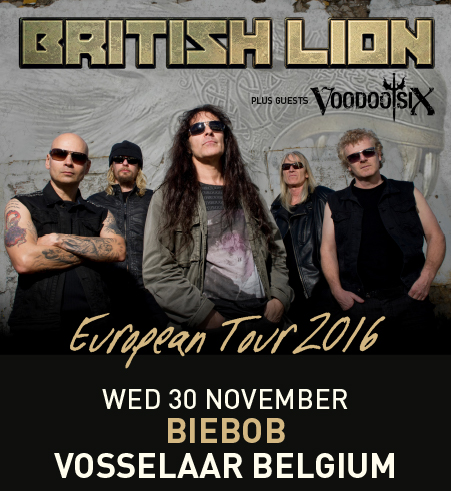 After an extensive tour with Iron Maiden, Steve Harris is taking his other band, British Lion, back on the road for a full month. And of course the band is making a stop at Biebob on November 30th for an evening filled with classic hard rock.

After accomplishing everything with Iron Maiden, Steve Harris surprised the world in 2012 by releasing British Lion’s self titled debut album, an album which was the result of many years toil in the limited downtime available to Steve, between Maiden tours and activities. Thanks to British Lion Steve gets to relive the atmosphere of an intimate venue, as it was for Iron Maiden in the late 70’s.

So make sure you don’t miss this heavy metal icon at Biebob!