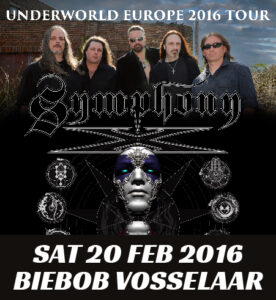 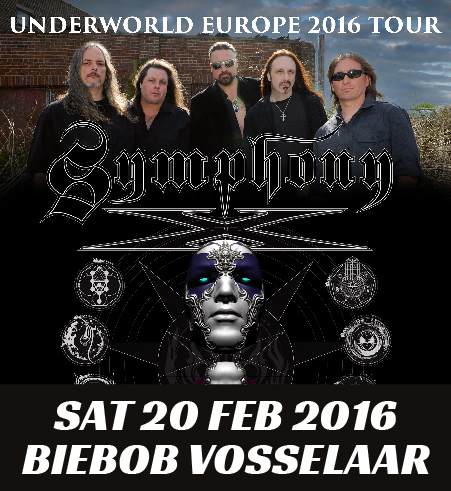 Symphony X was formed back in 1994 by guitarist Michael Romeo, bassist Thomas Miller, vocalist Rod Tyler, drummer Jason Rullo and keyboardist Michael Pinnella. They released their self-titled debut later that same year. Although their next releases “The Damnation Game” in 1995, “The Divine Wings of Tragedy” in 1997 and “Twilight in Olympus” in 1998 were quite successful, the band went through a lot of line-up changes during this period.

With their renewed line-up they released two more albums, “V: The New Mythology Suite” and “The Odyssey” before taking a break. In 2007 they went back at it and dropped “Paradise Lost”, which led to more commercial success for the band, just like the 2011 album “Iconoclast” did.

Three years later, in 2014, they began working on new material, which resulted in their newest album “Underworld”. The album was released this July and brings them to Biebob Club on February 20. Melted Space & Myrath will open up for them.