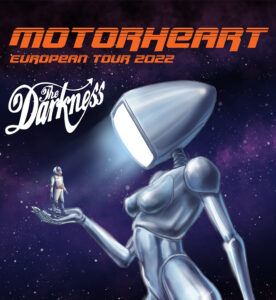 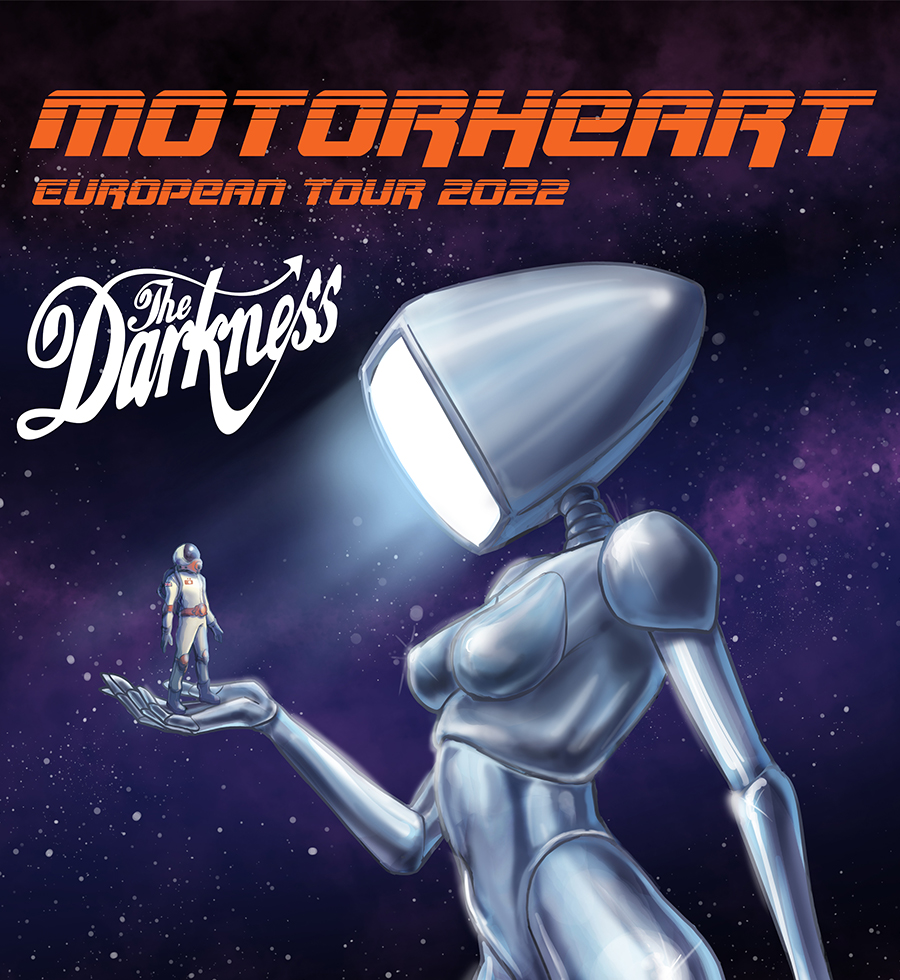 On January 13th 2022,  British hard / glam rockers, The Darkness, are coming to Trix to present their new album “Motorheart”, which will be out in October this year.  Founded in 2000 by brothers Justin and Dan Hawkins, ‘The Darkness’ quickly rose to fame. Three years later their debut album ‘Permission to Land’ won all manner of awards. They were off to the perfect start but the box office success of follow-up ‘One Way Ticket to Hell… and Back’ (2005) fell short of expectations and things went downhill from there, culminating in the departure of singer Justin Hawkins and the band’s demise. In 2011 the original line-up reformed and the following year their third album ‘Hot Cakes’ rekindled the fans’ interest. It turned out to be the right move for the quartet who have made glamrock-inspired hard rock their trademark. In 2015, Rufus Tiger Taylor – son of Queen skinsman Roger – joined the band. The Darkness have clearly found their second wind and this is obvious from their latest albums, which are filled with feel good rock ‘n’ roll tracks!