The Dead Daisies – The Answer 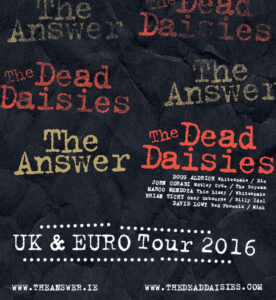 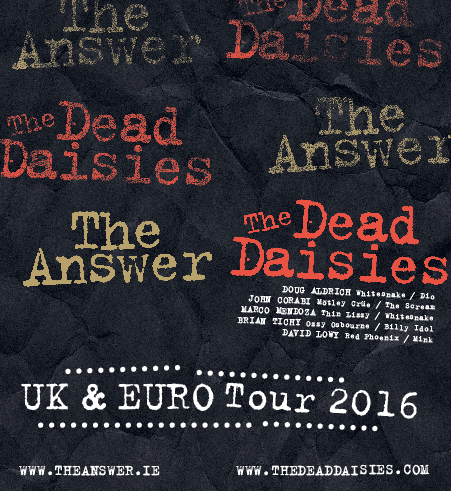 The Dead Daisies and The Answer, two of rock’s most celebrated, dynamic and utterly consummate bands to have emerged in recent years, have teamed up to play a European co-headline tour in November and December, which of course will have a stop at Biebob Concerts on November 26.

With John Corabi (Mötley Crüe), Doug Aldrich (Whitesnake / Dio), Marco Mendoza (Thin Lizzy / Whitesnake), Brian Tichy (Ozzy Osbourne / Billy Idol) and David Lowy (Mink / Red Phoenix) in the fold The Dead Daisies are a nothing short of a super-group. Having just released their second studio record, “Make Some Noise”, the guys are ready to go out on the road to make some noise!

Northern Irish hard rockers The Answer will be joining The Dead Daisies on this tour. After having made a name for themselves by supporting AC/DC in the past, The Answer has now build up quite a live reputation. In October the band will release their sixth studio album, “Solas”, so expect some new tracks during their show at Biebob Concerts!