The Return of the One Man Army Tour 2016 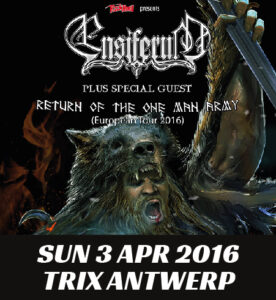 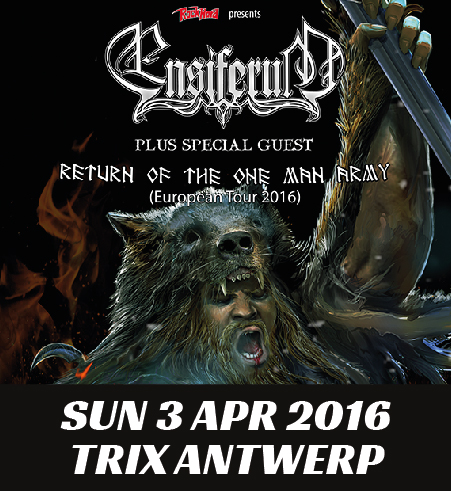 Finnish folk metal band Ensiferum was founded in 1995 by guitarist Markus Toivonen. After recording numerous demos, they got signed by Spinefarm and released their debut in 2001. In 2004 the second album “Iron” followed. Afterwards the band went through a few line-up changes and with this renewed line-up they recorded their third album “Victory Songs”. Since then Ensiferum has released two more albums, “From Afar” and “Unsung Heroes”.

The band released their most recent album “One Man Army” last February and afterwards the band presented the album at Biebob Club. Now Ensiferum is coming back for seconds with their “The Return of the One Man Army Tour 2016”! Be sure to drop by Trix on April 3 for an epic evening!