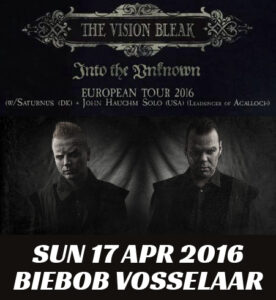 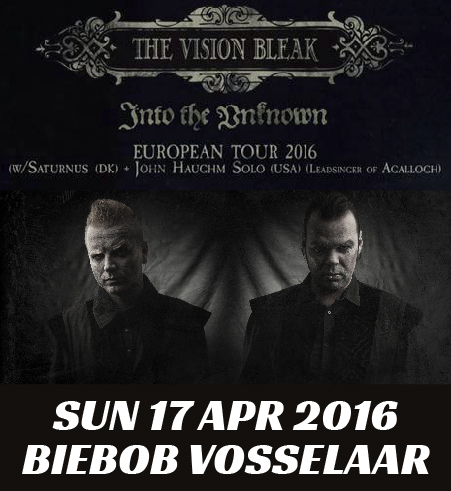 On April 17 The Vision Bleak will treat us to a night filled with horror themed Goth Metal in Biebob, Vosselaar. Since the band was formed in 2000, by former Nox Mortis drummer Allen B Konstanz and Empyrium member Ulf Theodor, they have released 5 full records and 1 EP. Their latest effort “Witching Hour”, a concept album about witches, was released in 2013.