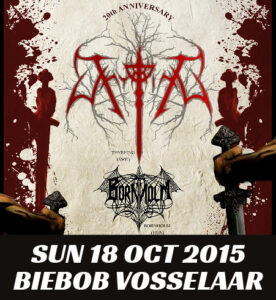 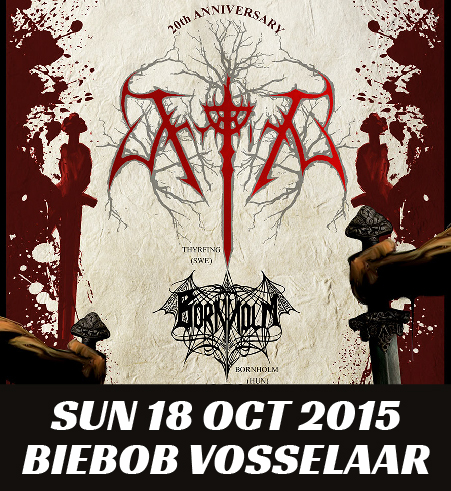 Viking/pagan metal band Thyrfing started out in 1995 and released their self-titled debut album in 1998. A year later “Valdr Galga” followed, which is one of their most successful albums to date. Their next record, “Urkaft”, was their first official U.S. release.

In 2001 the band went back to the studio to record their most diverse and mature album “Vansinnesvisor”. In support of the album, the band went out on tour with Dismember, Shadowbreed & Ancient Rites.

In 2005 they launched “Farsotstider” and in 2008 “Hels Vite” followed. Five years later they dropped their 7th album “De Ödeslöda”. Anno 2015 the band is celebrating their 20th anniversary and what better way to do it than with a tour. Skogen, Bornholm & Ereb Altor are also joining the party, so be sure to come out to Biebob Club on October 18.