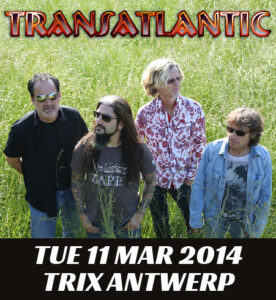 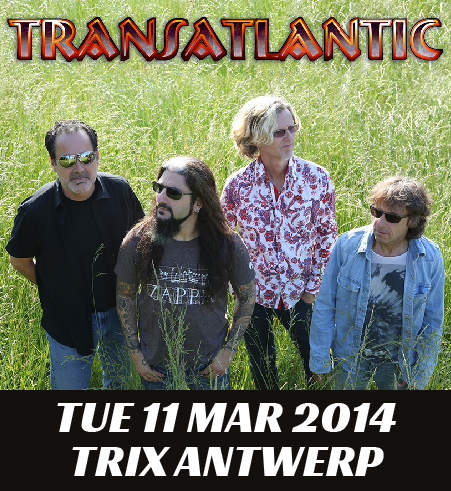 1999 marks the year of the formation of American supergroup Transatlantic. The band consists out of Mike Portnoy (ex-Dream Theater), Roine Stolt (The Flower Kings), Pete Trewavas (Marillion) and Neal Morse (ex-Spock’s Beard). Even though they decided to call it quits after three years and two albums, the band quickly reunited ten years after their start, in 2009. That year they also released their third and most succesful album to date, The Whirlwind. In promotion of the album their biggest tour followed with shows in 11 countries across North America and Europe. After this success, Mike Portnoy announced on May 30, 2013 that they had finished writing the new album, which will be released in January 2014. In the meantime the band has decided to go on another tour through Europe and luckily for us they’ve planned a stop at Trix on March 11.