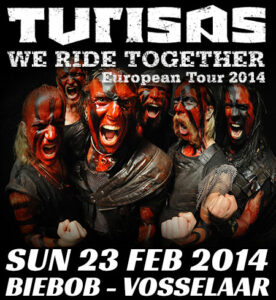 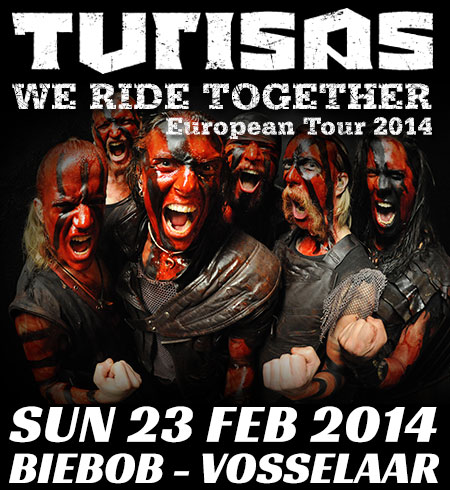 We Ride Together – European Tour 2014

1997 marks the year of the formation of Turisas by Mathias Nygård and Jussi Wickström. The name descends from an ancient Finnish god of war. Although the band released several demos, their first album release, Battle Metal, took place in 2004. Ever since Turisas has released three more albums and toured with Dragonforce, Cradle of Filth, Moonspell, Alestorm & Die Apokalyptischen Reiter. Their newest album, Turisas2013, was released about two months ago, so a new tour was inevitable.

This brings the band to Biebob on Sunday February 23.