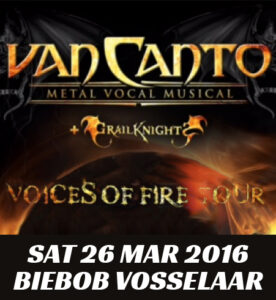 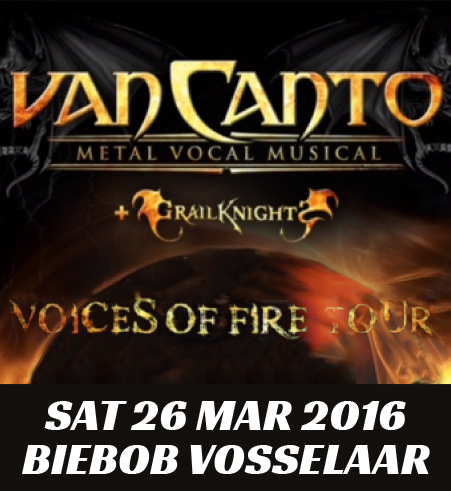 Five singers, one drummer. No guitars, no bass, no keyboards but nevertheless an unbelievable melodic metal experience, this how Van Canto describe themselves. Since it’s inception the band has released five records, featuring own compositions as well as covers by Metallica and Black Sabbath. The band also contributed guest vocals for Blind Guardian and Grave Digger.

Not only is the band starting a new chapter in their story with Vocal Metal Musical. They will also introduce a new album in March and are going out on tour throughout Europe with Grailknights. So if you want to experience this melodic metal experience, then Biebob is the place to be on March 26!