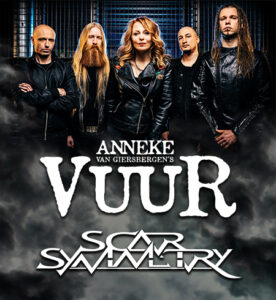 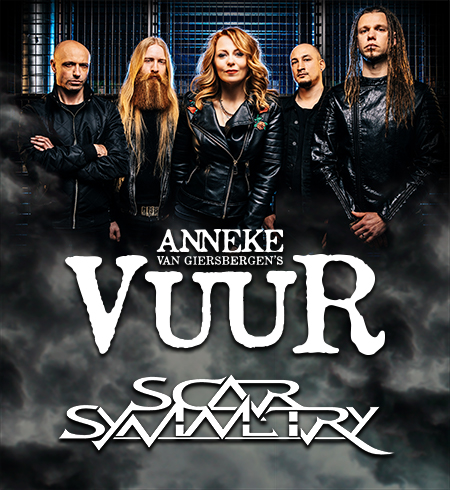 On December 8th, Anneke van Giersbergen will bring her brand new band Vuur to Biebob in Vosselaar. Anneke will forever be known as the vocalist for melancholic metallers The Gathering, but since striking out on her own in 2007, she has solidified a solo career, recorded and performed multiple times with Canadian metal genius Devin Townsend, launched the prog rock band The Gentle Storm, and recorded an album with Icelandic folk group Árstíðir. This has provided Anneke with a huge catalogue to choose from as a live performer, but it has also created a certain amount of confusion amongst her fans which has led to the creation of a new band, VUUR, a new band that features some of the best heavy metal players in the Netherlands.

“You could say VUUR’s music has the melancholy of The Gathering and certain elements from The Gentle Storm, but it’s darker with fewer folk elements. It’s still melodic and warm, but heavy.” – Anneke van Giersbergen

Also appearing are the Swedes from Scar Symmetry, who will present their brand new record The Singularity, Phase 2, which will be out later this year.